Who are the Trustees?

Some have likened the Town Trust to the House of Lords of Alresford - when people were too old and didn't want to be town councillors any more, they were co-opted onto the trust, but not now. Indeed, the Trust is implementing a new structure for the 21st Century, which the Trustees believe will better serve the best interests of the people of Alresford, the future of the town, and also will improve the relationship between the Trust and the Town Council.

The Trust is a very different, more charitable organisation today - compared to the organisation that was created 125 years ago to manage the few legacy assets held previously by the Bailiff and Burgesses of the town since Tudor times. Things have moved on and with the agreement of the Town Council the Trustees have chosen to implement a Membership Scheme, which will be open to adults within Alresford and the local area, who wish to become involved. Five Trustee posts (those previously nominated by the Town Council) will be elected by the Members of the Trust, from the membership, every fourth year. This will broaden the number of people eligible to become Trustees, and ensure that people who are really keen to become further involved will be able to be considered for election.

Members will pay a one off fee of £5 and they will remain members for life, provided they continue to meet the residential qualification.

JOIN NOW AND SUPPORT THE TRUST

THE AVENUE: The Trust is responsible for the upkeep of this area of the town. The area is defined as the land on each side of the road from Pound Hill to Drove Lane. Regular checks and maintenance works are made on the trees, bulb planting is organised, and the grass cut. Annual maintenance of The Avenue costs between £6 - £7000 per year and with the recent cuts in Local Authority support we have recently launched a 'Friends of The Avenue' programme to help cover these costs.

BROAD STREET: The collection of all dues and revenues from Broad Street, including its annual fair, the weekly Thursday and monthly Sunday markets; in addition, there are occasional Continental markets. To be finalised. They are also responsible for the upkeep of the trees along the Street, and permission is given for road closures during the annual Watercress Festival, third Sunday in May, and the October fair which this year is on Thursday 15 October.

THE OLD FIRE STATION: As landlord of the 1881 building, its upkeep is the responsibility of the trustees. It currently houses Andrew Lawes' gallery and picture framing business.

THE EEL HOUSE: As part of the team that worked to save the partially collapsed building which sits astride the River Alre, the Trust agreed to act as the umbrella organisation under which various bodies support the Eel House. The Trust now lease the building and maintain it. The building is now secure but essential work still remains to be done on the sluices, which control the flow of water in the river, and its level upstream. There are open days During 2020 the Eel House will be open on five days
Easter Bank Holiday 12 April
Watercress Festival, Sunday 17 May
Sunday 14 June
August Bank Holiday - Monday 31 August
Heritage Weekend, 13 September. Put these dates in your diary and come along to see a piece of history in action. each year where the public can see first-hand the restoration of this historic building.

THE MINIBUS: The service was first started about 45 years ago to take the elderly and disabled shopping, to appointments, sometimes on day trips. The old minibus was purchased in October 2008 for £55,000; funded by Trust reserves, grants and donations from local groups. A new minibus was delivered in March 2017. The service itself is paid for by donations. The voluntary drivers, duties, vehicle maintenance and donations are co-ordinated by the Trustees. The Mini-Bus is also available for the use of community groups to make use of and enquiries should be directed to minibus@towntrust.org.uk.

THE ALRESFORD MUSEUM operates under the umbrella of the Town Trust with the objective to provide and maintain a museum for the town. The Museum has taken over the old garage part of the Old Fire Station to provide a small exhibition area with the centrepiece being the old Tichborne Park Steamer Fire Engine. There have been three open days to allow visitors to see the old steamer and over the winter work will be undertaken to provide a more comprehensive display of artefacts that tell the history of Alresford and the surrounding villages. The Museum will be formally opened on 20 April 2019.

In order to make a success of this venture we need volunteer stewards to man the Museum whilst it is open. If you can help in this way please contact Roy Gentry on 01962 773185 or e-mail.

Meanwhile we continue to collect and catalogue documents and artifacts which will illustrate the story of Alresford. In the absence of a group dedicated to this goal valuable material tends to be lost forever. So if you have material which you think might be of interest please let us know and at least enable, us to record it. www.museum.alresford.org

COMMUNITY GRANTS : The current Trustees believe that as a registered Charity we should not only receive grants but make charitable payments to deserving cases and is aiming to give help to those in immediate need in the Community. All cases are dealt with in strict confidence. More information or contact the Clerk

In general, the Trust has a good relationship with the town and other local bodies. Nobody, not even Broad Street residents, seem to mind the occasional road closures, or when the fair moves into town, the fact that the big wheel does its stuff immediately outside bedroom windows! It seems to be regarded as living history and people live with it. With the Trusts involvement with Broad Street it will be involved in many of the issues facing Alresford, including controversial ones such as parking charges in the town.

The work of the Trust lends a subtle layer of civic pride to the town, but many feel that it could and should be doing more and involving a greater mix of people. It could be doing more by acting as an umbrella organisation for charitable work such as the restoration of the Eel House. The Trusts objectives are still valid today, and they welcome suggestions and comments as to where they can perhaps undertake additional charitable activities to the benefit of the town residents.

The Avenue is kindly sponsored by: 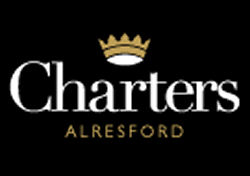 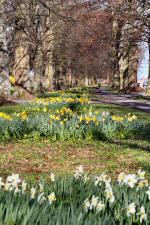 With the building now secure and with exterior structure repaired, detailed plans are being drawn up for the third step of restoring the building to working use. The aim is to make The Eel House, as far as possible, exactly as it was in the past. Please note that this is not a restoration with a commercial objective, any eels caught in the traps will not feature on restaurant menus, they will be returned to the waters of the Alre.

The Eel House is intended to stand not only as a reminder of the way some of our ancestors made a living but also to be available for present day educational and research uses. During the Autumn of 2016 the traps were restored and we have applied for an educational trapping licence which will enable us to put together a programme with local schools.

The last step will involve the installation of a sluice system and equipping of the interior of the building. It is estimated that an additional £10,000 is needed to complete this work.